We're still dealing with the FUT 22 Birthday and another new dimension has been brought to the FUT 22 dynamic and live items via the new promo of Fantasy FUT. Old promos like What If or FIFA Birthday will be replaced with new promos. On Fantasy FUT, players have the chance of winning up to +3 OVR Upgrades, depending on their individual performances, which is an amazing opportunity for FIFA players to join and use the featured stars on their squads! Since this hot promo is still going on, the player cards are at their highest price, therefore, it's only wise to enter the field with a load of FUT coins and come out of it with lots of prizes! Count on WhatsGaming for purchasing cheap and discount coins in order to have a better chance in such promos. Let's see what to expect from the FUT 22 Fantasy promo.

2022 has been a great year for FIFA players. There have been lots of promos and chances of winning exclusive Players Cards. FUT 22 Birthday has given us a lot of players, SBCs, and tokens, and we're ready to take more! On FIFA 22 Fantasy FUT, players get dynamic cards that can be upgraded later on, depending on their performances in real life. This time, not only does team performance matter, but the players also need to show what they got on the field. The promo started on March 18, 2022, with Team 1. We're in for a two-week event. Fantasy FUT Team 2 has been released on March 25.

How does the promo work?

As we mentioned, the Player Cards are dynamic, which means they can get a further upgrade over time! There are additional players for unlocking throughout SBCs and Objectives. Compared to other promos such as What If, things work a bit differently here. For example, in What If, players were split into different parts and received their upgrades through various tasks, while in Fantasy FUT, players get up to 3 OVR upgrades under these circumstances:

* Note: If you wonder what considers a clean sheet, you need to know that it's a positive point given to a goalie or a defender for two reasons: 1) Not conceding a goal whilst on the pitch and 2) Playing at least 60 minutes. Now that you know how the promo works, let's take a look at both released teams.

Fantasy FUT all teams and upgrades (featuring SBCs and Objectives)

EA Sports usually give FIFA players pretty good chances for obtaining a promo-themed star via easier ways, such as SBCs and Objectives. These two popular game modes are always busy during fan-favorite promos such as FUT Birthday or in this case, Fantasy FUT. There are a few players who can be achieved via SBCs and Objectives during this promo. If you're currently struggling with your attackers, take a closer look at the list of players because there are new possibilities for you to explore. 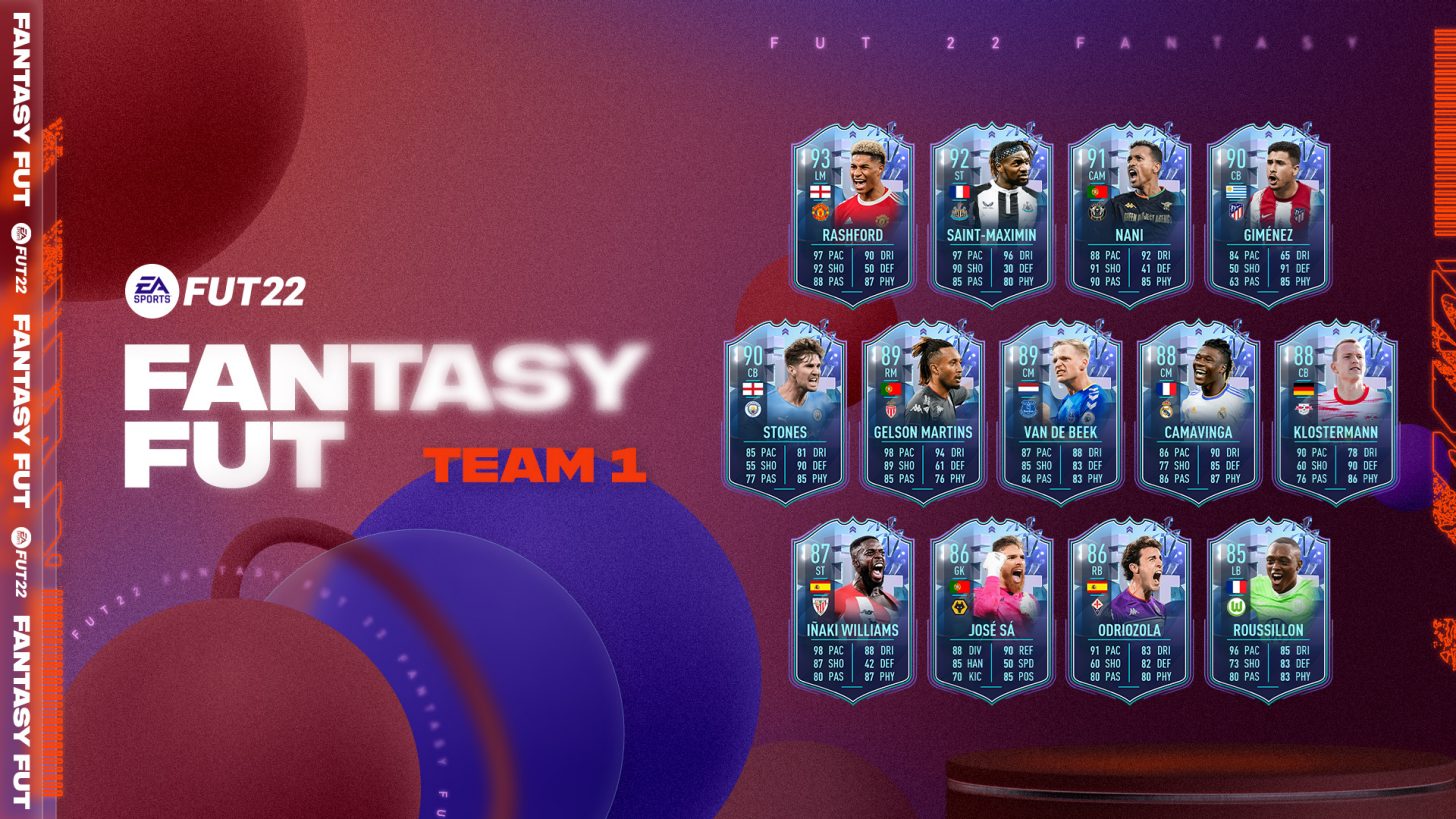 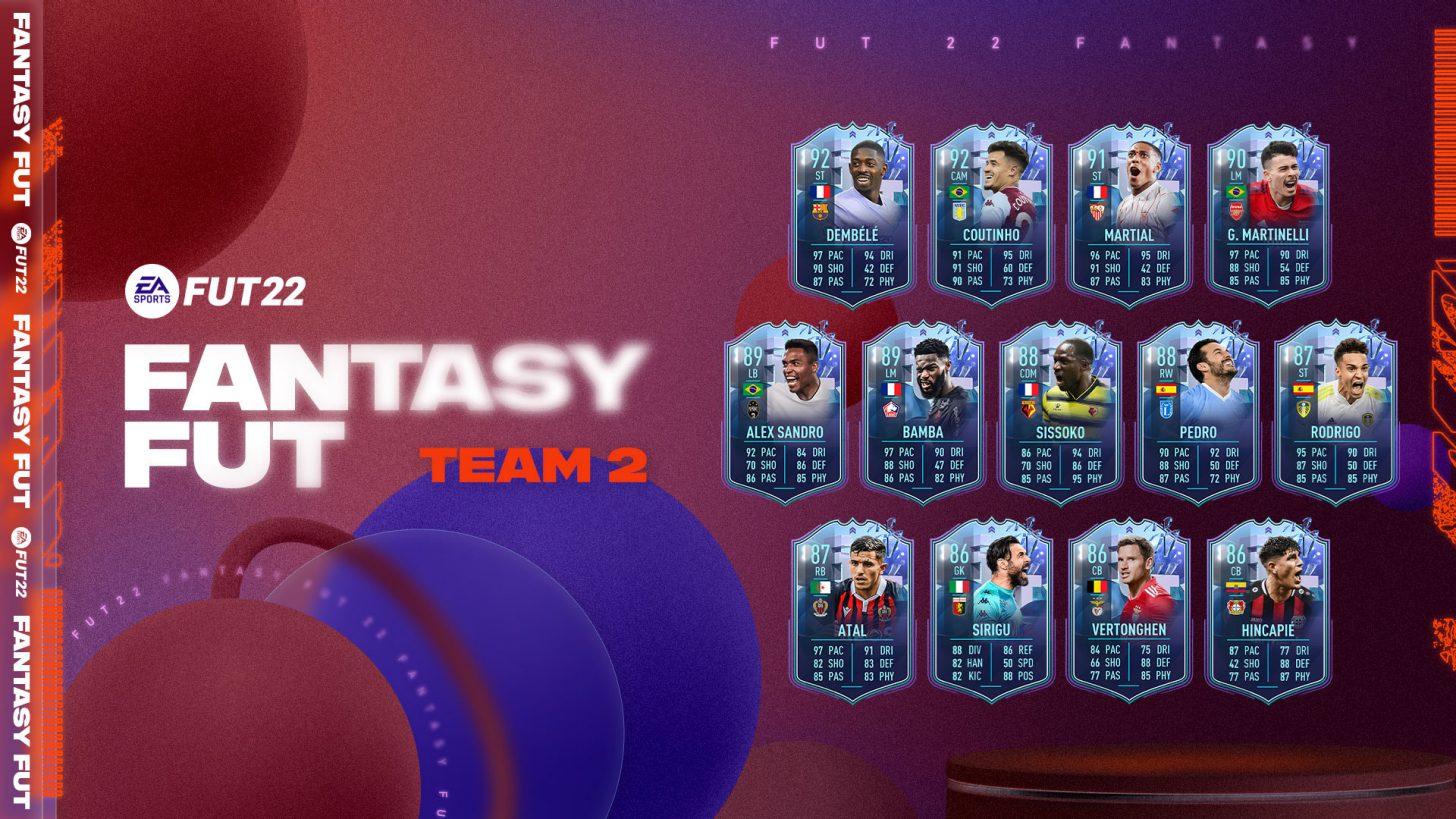 That's all we know about Fantasy FUT 22 so far. We hope you've found out whatever you need about the promo on our blog. In the meantime, you can join us on Instagram and participate in WhatsGaming's occasional coin giveaways and contest for winning discounts! There is no limit on how many contests you can win. The more the merrier! If you want to learn how to participate in WhatsGaming's contests, check this blog.