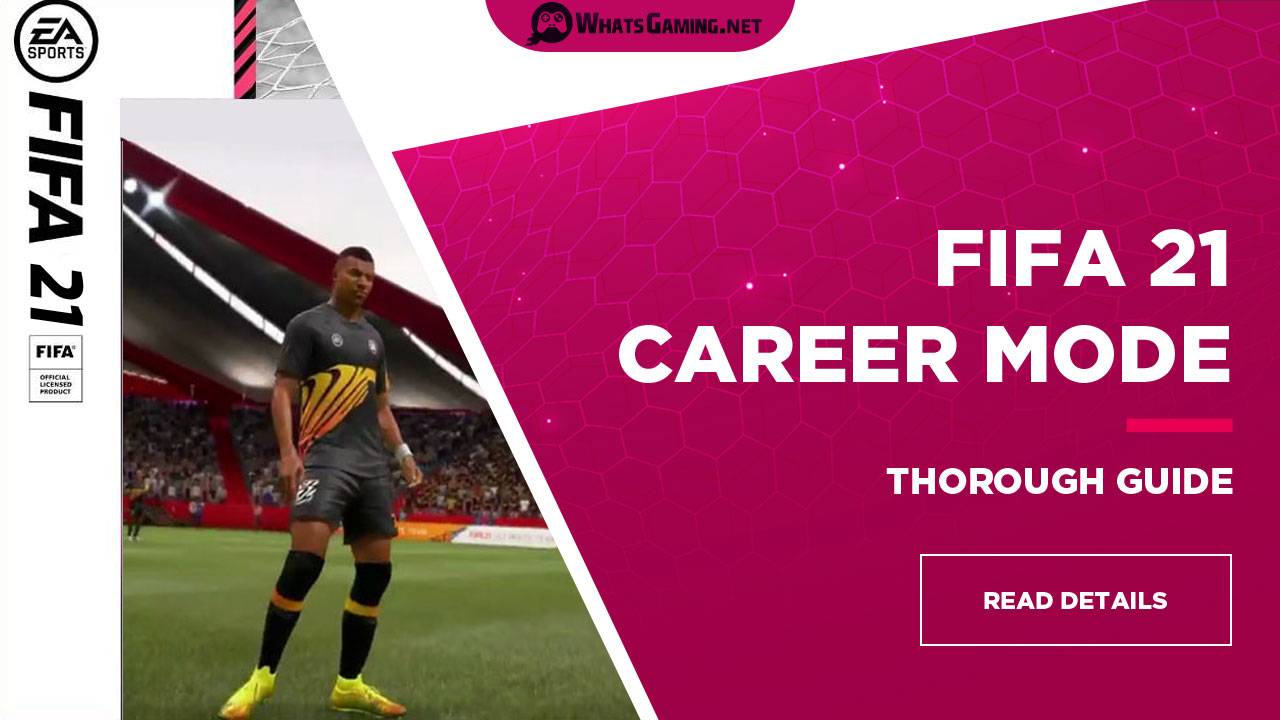 One of the things that makes a difference in playing FIFA, is to make sure your players are in good conditions before using them in your online matches. You may find this more important in FIFA 21 compared to previous versions of FIFA. Development Plans which is new in FIFA along with Training Drills are your two important tools in Career Mode to work with your players in order to improve them.

Development plans are simply some blueprints for developing your players that determine the path of improvement of those player skills. It means you'd have full control over the development process in FIFA 21 and it helps you to fully stir the process in the direction that you need to prepare the players for the position they're supposed to play in. That includes lots of skills that your defenders or forwards can have. Focus on striking more precisely or tackling for your defenders. With development plans you have freedom to focus on any of the possible skills.

In order to set the plan for each player, you need to go to the Squad Hub or Youth Academy and then choose the player you want to work on. Press the show actions button on your controller. You will find the Development Plan in the actions. Then you'd see a list of growth plans to chose for your player. By navigating through the plans, you can see a preview of the changes that will be applied to the players skills. So, you can pick the right plan for the player by looking at the numbers. The bigger the changes are, the goal will be reached in a longer course. You can also see the ETA which is the time required until your player has reached the rating you've chosen by the development plan.

FIFA 21 has introduced a new quality: sharpness. It indicates the likeliness of a player performing his best in high-sensitive moments in a game.The higher the sharpness, the more likely that the player makes a great score or tackle, etc. where usual players fail to make that shot. It would generate lots of FIFA 21 Coins for you if you learn to use sharpness effectively.

Now, one of the things that improve when you train your players, is sharpness. But the problem is that it contradicts fitness. So, in order to have enough energy until the end of the match, you should balance sharpness and fitness, otherwise the player will need to be substituted in the second half of the match.

In FIFA 21, you start with zero FUT Coins in your account and a new bunch of youth in your football academy in the beginning of your career. Then you hire a scout and then search for new youth players in Brazil, Argentina, Italy, Spain, Central and Eastern Europe and so on. The objective is to find a potential young Lionel Messi. To simplify the lookout process, you can take a look at wonderkids at Futwiz. Lots of potential great players are listed there to pick along with their stats like their Age, OVR and Grow.

When you have found the player, just sign him and it will be added to your youth team where you can train and improve his skills to get the max OVR.

One of the great things about Career Mode is when you can sell a player and bring some income for your team. When you get an offer for any of your players, you'd see the offer like the following image:

As you can see, the transfer value and the player's weekly wage is stated in the offer. If you think it's a good offer, you can accept the offer to sell the player quickly. In order to do that, you just press A/X to see the player's actions and then Accept Offer. Later on, you could use the FIFA Coins you have to buy another great player for your squad.

If you want to do the negotiation yourself, here are a few things you should master: Offer Transfer Fee, Player Swap (if you don't have much funds), Add Sell-on Clause.

The other team's negotiator of course can make offers and modify your offers. You can accept their proposal if they seem good or simply make edits in the offer, like the player's role, contract length, wages, etc.

In FIFA 21, you must define the strictness of the career mode. You can choose for Loose or Strict. It determines how strict your negotiations are. And it cannot be changed once you've started your career.

If you want to keep a good player and you keep getting offers from clubs, you can go to Squad Hub and then Block Offers.

In addition to FIFA 21 Ultimate Team mode which requires to shape your squad gradually to be able to use superstars, you might be looking for easier ways to play with great players and of course best five star teams in FIFA 21, if you don't want to deal with FIFA Coins and Transfer Market.

Luckily, great teams are available for you to pick and play against AI or just another friend at home. You can pick best teams in FIFA 21 and beat each other and have fun. Or, maybe you're about to pick a team for Career Mode and want to choose wisely before spending much time and energy. This tutorial will give you a good idea which teams are best to choose in FIFA 21.

Please pay attention that the stats and ratings presented in this article are subject to change as EA frequently updates FIFA 21 based on the conditions of the teams in reality.

You would never regret picking FC Bayern Munich in FIFA 21 because it's known as the best team in the game. With Lewandowsky (91) as the forward who is probably the best player in FIFA 21, and great players like Müller, Kimmich, Davies and Neuer as the goalkeeper, you'd beat any opponent without any trouble. Bayern's success since 2019 in Bundesliga despite Dortmund's efforts to take their place has make them the top team in FIFA 21.

Last year was a boom for Liverpool. They won the Premier League for the 19th time and were invincible for 44 games. The great players are Salah, Mane, Van Dijk, Alisson and many more great players. To get the most out of the team, you better pair up Thiago with Wijnaldum and it's recommended that you use regular 4-3-3 formation.

Real Madrid doesn't need introduction. It has won the title of UEFA 13 times and won the title in La Liga for 34 times which is a record. Zinedine Zidane didn't win any European title last year, but Real still is one of the best teams in FIFA 21.

You have Benzema (89), Ramos, Hazard, Kroos, Casemiro and in the central back you have Varne. Lots of good players for winning games easily.

Manchester City is undoubtedly one of the bests in FIFA 21. With Pep Guardiola as the coach and players like De Bruyne (91), Aguero, Sterling, Ederson and Silva, nothing could go wrong. They have won the Premier League 5 times so far, last time: 2017/18.

Although Barca is listed fifth in FIFA 21's top teams, but if you use the team properly, you could win almost any game. Great players like Messi (95), Griezmann, Alba, Bisquets, Suarez and Pique, you will enjoy being strong in almost all positions. It's recommended to reduce the team's width in FIFA 21 and make use of short passes and wait for a through ball opportunity and some times swapping Dembele for Fati on the left-wing could make some improvements to the performance.

Mbappe this year in FIFA got to the cover of the game. With players like Neymar, Di Maria, Silva, Sarabia, Bernat, Verratti and more, scoring goals would be a piece of cake for you. The midfielders and the forwards are your advantages in the game.

Another great Bundesliga team is Dortmund. Their games are always exciting and fun to watch. Lots of great players are in Dortmund, such as, Sancho, Hummels, Brandt, Reus, Haland, Götze, etc.

If you want to make the most out of Dortmund, try ball possession between Haaland, Sancho and Reyna. The midfield may be less powerful, but still a great team. Actually with great talents in your team, you could have much fun in Career Mode with Dortmund and try to steal the title from Bayern Munich.

Now that we have been introduced to FIFA 21's greatest teams to play, you may want to find easier ways to acquire icon players to be able to use them in Ultimate Mode. We at WhatsGaming are here to make that happen for you. With cheapest FIFA 23 Coins ready to be transferred to your account, we help gamers buy superstars and start winning in FIFA 21 Ultimate Mode. Let's give it a try! 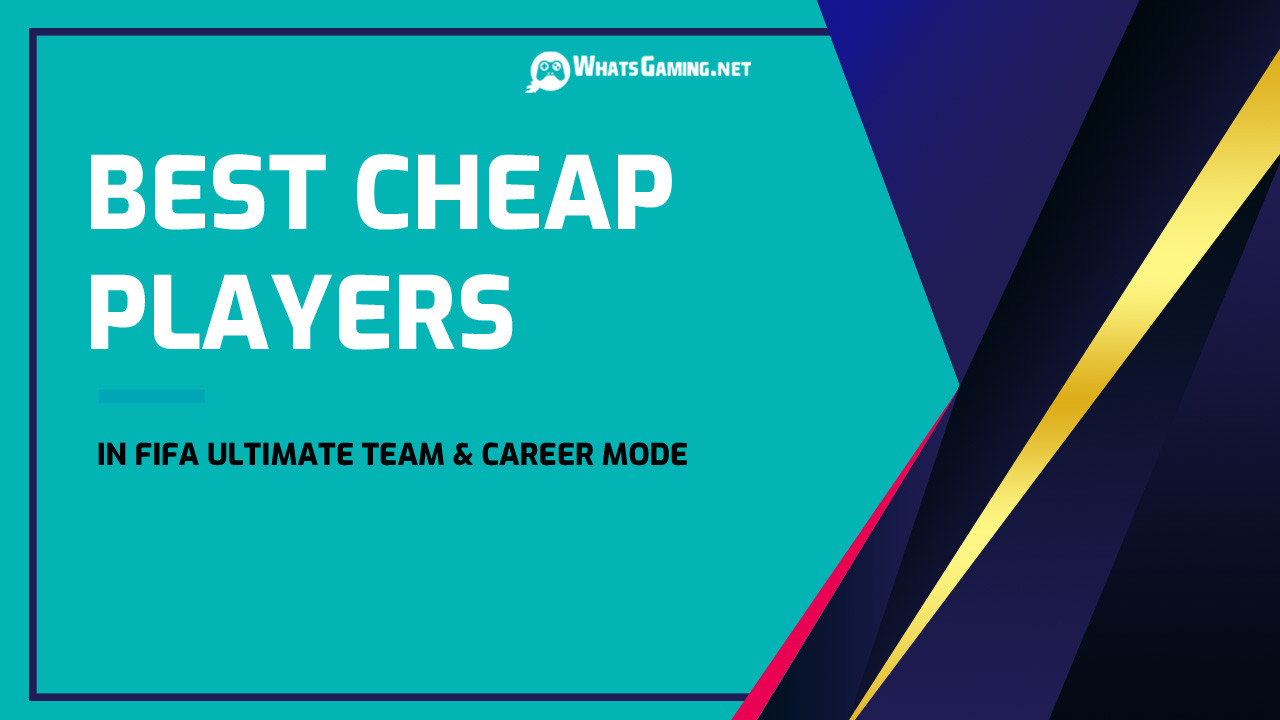 The beginning of the journey in Ultimate Team mode is with a weak squad with very low-rated players. It's almost impossible to win and beat opponents with the default team that the game will give you. That's why gamers try to find better and better players for their team. By playing more, you will make lots of FUT Coins to use them in Transfers and buy consumables or players with them.

The biggest problem always is that the coins are not enough to buy your desired players. You want Neuer for goalkeeper? He is 45k. Or you want to put Cristiano Ronaldo as Striker? He is 65k... the gold version. And you don't have that much coins!

So, what most gamers do in this situation is to find best cheap players in FIFA Ultimate Team to build their squad. It might not be their favorite, but since the players are so good and do their job great, it will allow the gamer to win more and make more FIFA 23 Coins so he or she can buy better players in future.

Career Mode is one of FIFA's most popular modes where you're able to take control of an imaginary or a real team, from managing, hiring young players, training them, improving their skills, and if necessary, selling them for your club's profit.

Now, Career Mode is very complex, it makes use of AI, it has many many things to learn, but once you've created your club, one of the most important things is to do is to discover potential future legends also known as Wonderkids.

So, having a budget for your club allows you to invest on potential great players. It's common business that one may go for cheap players in Career Mode in order to save up some money for other tasks.

There are some tips and heads-ups if you want to find cheap players for career mode:

There's nothing cheaper than a free agent, so we're going to kick this article off with a list of the best free agents in FIFA 22 Career Mode – these are the players whose contracts are expiring at the end of your first Career Mode season, so you should be able to make them a contract offer from 1st January 2022. You'll want to get in there quickly before another club swoops in.

Being aware of players who will have FIFA 22 Career Mode contract expiry in 2022 can really help you build your squad without too much of a down payment. Of course, if you try to sign a big-name player in this way, you might find that their wage demands are pretty high.

Ranked by their potential rating, these are the 6 best free agents whose contracts will expire during FIFA 22's first season:

The cheapest way to find young players in fifa 22, you must look for players that their contract ends at the end of current season. All you have to do is to offer them a new contract, which is called FIFA 22 pre contract signing, which requires some portion of luck from your side. Here's the list of cheapest young players in FIFA 22 highlighted for saving time: