In FIFA Ultimate Team it is extremely difficult to get a lot of FIFA coins. Only with a lot of luck, intensive trading and many games is it possible to get to a very good squad without having to buy FIFA coins. Therefore, many players are now taking the opportunity to buy a FIFA Mule account directly instead of FUT coins. This account is nothing more than an account where the owner has mostly earned a lot of FIFA Coins, including through Squad Building Challenges or FUT Trading. You can buy this FIFA Mule Account, use it yourself or transfer the existing FIFA Coins to your account on your own.

What are the advantages and disadvantages of buying a FIFA Mule account?

There are many different advantages and disadvantages to buying a FIFA Mule account. The possibility of having full access to the account and being able to transfer FIFA coins independently is an advantage for some, but not for others. There is a risk of being banned if you have no experience of safely transferring FIFA Coins. For this group, it is recommended to buy FIFA Coins directly from reputable providers such as WhatsGaming.net.

However, if you have experience, you can benefit from a FIFA Mule Account in two ways. On the one hand, the FIFA Coins on the account are usually cheaper. On the other hand, there are often players that you can sell for FUT Coins. However, all this has the disadvantage that you have to transfer the FIFA coins yourself and that is a correspondingly large amount of time. You also have to switch back and forth between your account and the mule account.

How do you transfer FIFA coins without being banned?

Since the transfer of FIFA Coins violates EA's terms and conditions, we recommend that you be particularly careful and exercise your patience. The safest way to transfer FIFA coins is to place the players on the transfer market for a maximum of twice the average price. You can look up the average prices of each player at futbin. In addition, you should allow 8 hours to pass each transfer until you want to transfer the next FUT coins. Of course, this method is time consuming. However, if you want to transfer FIFA coins safely, there is no way around it.

However, if you decide against a mule account and do not want to buy FIFA Coins, you only have the FIFA Points. However, FIFA Points can only be used for packs and fut drafts. So you invest your money and you must be very lucky to draw a good player or to be somewhat successful in the draft. Here is a small overview of the current FIFA Points prices. 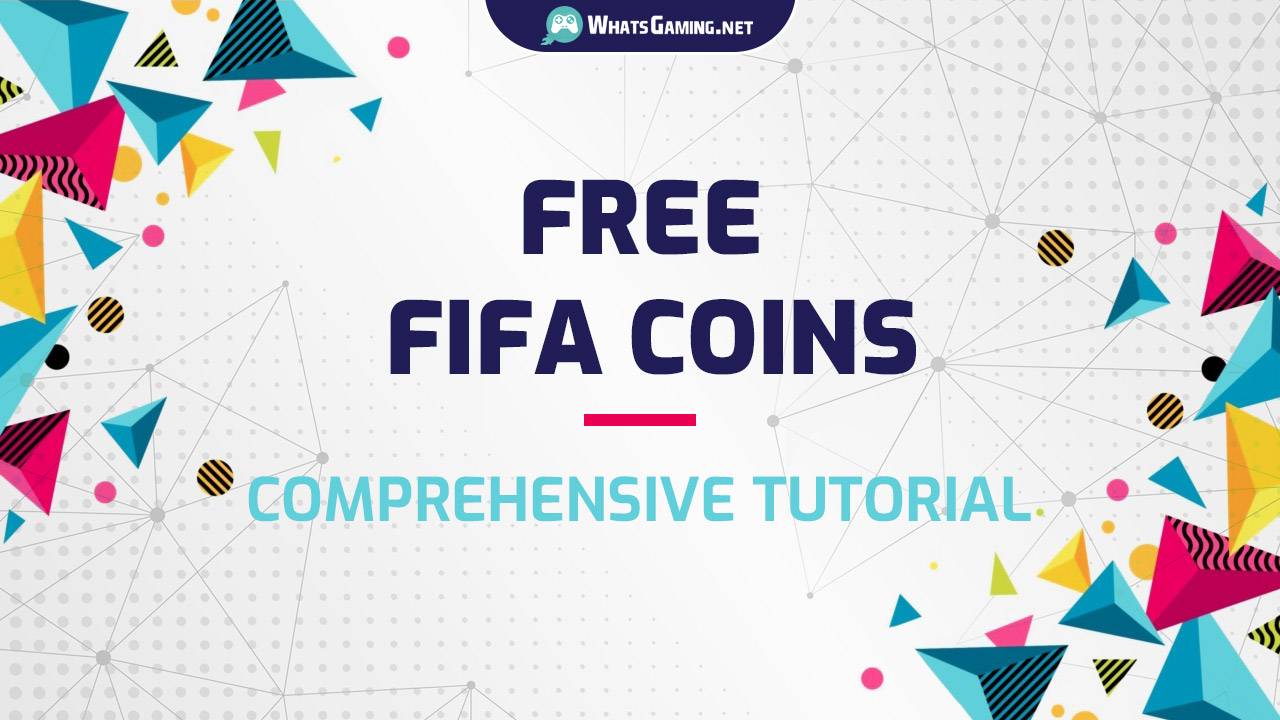 This article gives an answer to many questions like: are FIFA Point generators real? Are there free FIFA Coins? Can I get FUT Coins free? How to get free FIFA Points? and so on...

Free FIFA Coins via a Glitch - Reality or Myth?

We come across many videos in Youtube where the uploaded claims they have found a glitch that makes you millions of coins in FIFA. Actually we have tried one particular video. This guy uploaded a video named "FIFA 20 Glitch - How to Get Cruyff for Free". He starts claiming that he's on a new account with 0 games played and 0 wins and 1.1 million FIFA Coins in his account. He claims that he's go the coins through this glitch. He claims that FIFA Coin websites find glitches and that's how they have millions of coins to sell to regular players! This claim is absurd! As an old-timer FIFA Coin company, we declare this claim is false and will let you know later how we do this.

He then asks us to place a bid on a random cheap card and then search for an icon that you can't afford and then add to transfer target. And leave. Then in the target you'll find your bidding and those 4 icons (Cruyff for example). Then the guy suggests that we do this when the servers are "weak" like Sundays!

Then he wants to to select Cruyff cards one by one and go "up down up down" really fast! We tried the method and absolutely nothing happened! We asked some of our geeky gamers and they said this is bulls**t! And here you go! The first claim of free FIFA Coins turns out to be false (if not scam, because at the end of the video, the guy asks us to make contact with his friends to help us to get free coins!).

Another video we assessed was a FIFA player who does streaming in Youtube and he claimed that he has found a way to get Free FIFA Points! The video was very long and we thought maybe its secret is too complicated, but as it went on and on, the guy just kept saying that he knows the secret and he is going to reveal it to us. And at the end of that long video, he said all you have to do is to go to your Microsoft account and redeem your gift credit and use it as FIFA Points in your FIFA 20 or FIFA 21 account.

So, it turns out that this claim is true. There are actually free / gift credits given away by Microsoft that can be converted to FIFA Points and used to buy packs. But the only disadvantage is that it's only for Xbox. Unfortunately it's not for PS4, PS5 or PC.

There is however a descent way to get free FIFA Coins. WhatsGaming offers Free FIFA Coins on occasion to gamers who are able to record a video to WhatsGaming. Basically, it's a limited-time offer from WhatsGaming only and we require you to make sure the offer still stands beforehand at the time of reading this article; ask our 24/7 live support if we're still giving away free FIFA Coins in return of recording a video. If the offer is still available, here's what we expect from you: Prepare your room for recording, get ready, put on your head-set and open WhatsGaming's website. Try showing the readers how our website works. Talk a bit our our website's advantages and why we believe that WhatsGaming is the best FIFA Coin website. Record your desktop's screen as well as your own face at the corner (doesn't matter which).

And then send your video to us and receive your free FIFA Coins from WhatsGaming. But again, talk to us before you spend time making a video, just to make sure the offer is still there and you would receive the promised FUT Coins.

Since we're discussing "free" methods of gaining FUT Coins, whichever method that doesn't involve buying coins with real money can be counted as free. So, even earning FIFA Coins is counted as a way to get free coins (we know, you hate it) and also trading FIFA Coins to make more and more coins is another way of getting a hold of lots of Free FIFA Coins.

So, let's talk about FIFA trading a bit. Investment in FIFA is all about experience. As a seasoned FIFA player, you would know when to buy cards or FUT Packs and when to open them since the packs are not predetermined. This is called Bronze Pack Method (BPM). Also, you should have a lot of experience in working with Futbin, Futhead and Futwiz, the sites that give you insights about the cards' ratings and value. We have dedicated a series of carefully written blogs about investment in FIFA, called FIFA Ultimate Team Trading. We encourage you read all of those blogs one after another to learn how to make millions of FIFA coins without spending real money and with least of effort.

There are rumours about FIFA Points generators or even FIFA Coin generators. They say all you have to do is to log in and choose the amount of coins or points you need and click on generate and transfer to your account. That simple! In this article we explained in details why all FIFA Points generators are fake and should be avoided. Actually curiosity sometimes causes some trouble for you and you'd end up with lost coins or banned your account. Some people really want to know where do FIFA Coin seller websites get their millions of FIFA Coins from. As we mentioned earlier, we'll talk a bit about it here.

FIFA Coin websites get their millions of coins with different methods. Some of them have lots of accounts and gaming consoles. And ask their friends to play with those accounts and win and generate FIFA Coins for them. This reply in reddit could make you laugh, but it's a bit true! :)

Additionally, there are mule accounts where other sellers or suppliers share to be sold. The FIFA mule accounts are the accounts that are no longer used by gamers and the FIFA Coins included in them can be transferred to other accounts and that's where all those millions of FUT Coins come from.

On the other hand, you can always benefit from cheap FIFA Coins instead of wasting time looking for free ones. How do cheap coins work?

There are many ways you can buy FIFA Coins cheap. For example, you may get a hold of a discount code. And that would give you 5-10% off to buy coins. The prices may vary from site to site, because the suppliers may ask higher or lower amounts in return of their PS4 FUT Coins.

Moreover, the method you're buying the coins with could save your a few bucks. For example, if you choose to buy PS4 FIFA Coins with Comfort Trade, it would simply bypass EA's 5% tax over coin transactions. And that way you would receive the same amount of coins with cheaper price.

We recommend that you check WhatsGaming's prices everyday to see if special offers or discounts or cheaper prices are available.