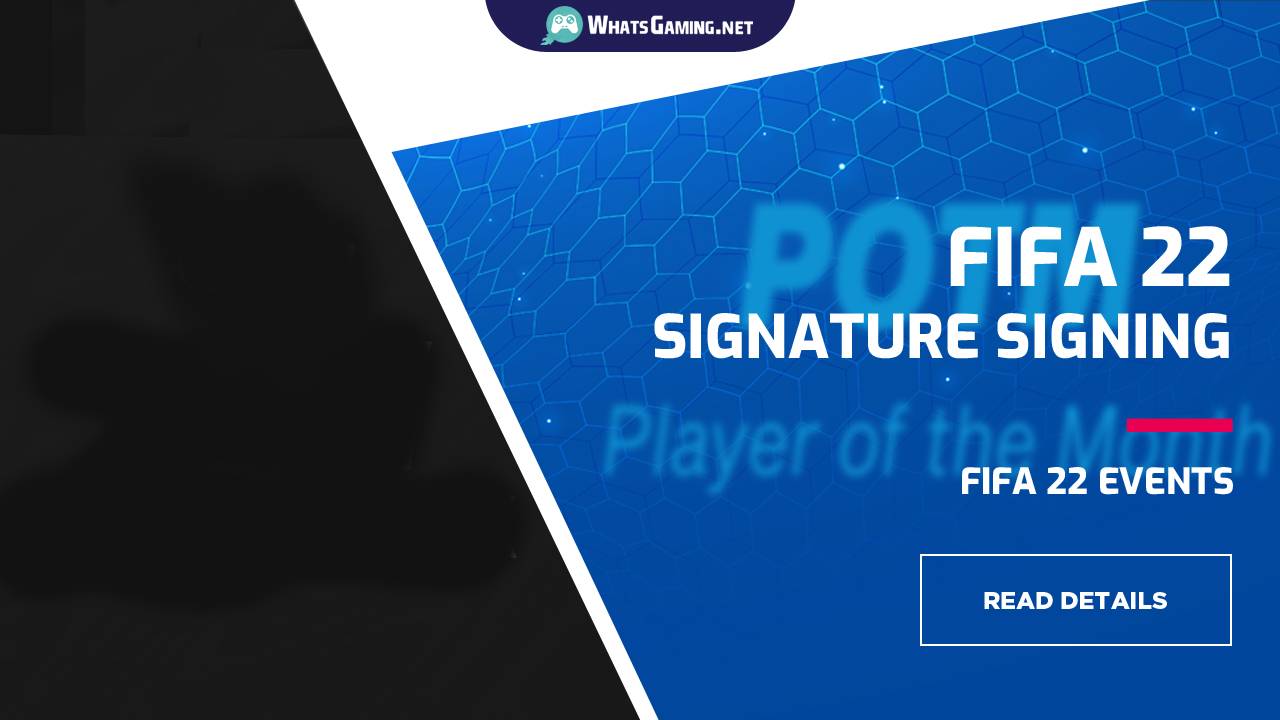 There's a brand new promo event that has arrived in FUT 22 and we're so excited to discover what it will bring for us. In order to celebrate Black Friday, EA Sports featured this promo which featured great players in FIFA 22 Ultimate Team packs. We all know that Black Friday brings lots of discounts for purchasing players in the market. We want to talk about this joyful event and see what it's brought this year.
You can always check the FIFA 22 calendar in our blog to be prepared for future FUT events.

Signature Signing celebrates the most successful transfers ever in Football history. This event has been officially and for the first time introduced on November 26, 2021, along with the Black Friday deals and release of the Signature Stars squad. The event was last until November 29. Signature Signings players have received permanent upgrades to honor their remarkable debut season at their current club. For the first time, this event brings in-game fun and festivities with lots of Player Packs to achieve via Squad Building Challenges as Flash Puzzles, limited-time pack offerings, and many available offers.

Also, players can check the Objectives menu while the promo is running and complete the themed objectives. Those who log in and complete four of the Black Friday Daily SBCs in a row will receive perks and rewards as well. The three following stars can be unlocked via SBCs or Objectives during the Signature Signing promo:

So now that you're familiar with FUT Signature Signing promo, you can start building up your Ultimate Team and get ready for participating in this and many other great events in the FUT future. WhatsGaming is a secure platform for all your future FUT coin needs and can provide hundreds of safe coins for your account fastest way possible. Read our weekly tips to learn how to build and maintain a great team in FUT 22.