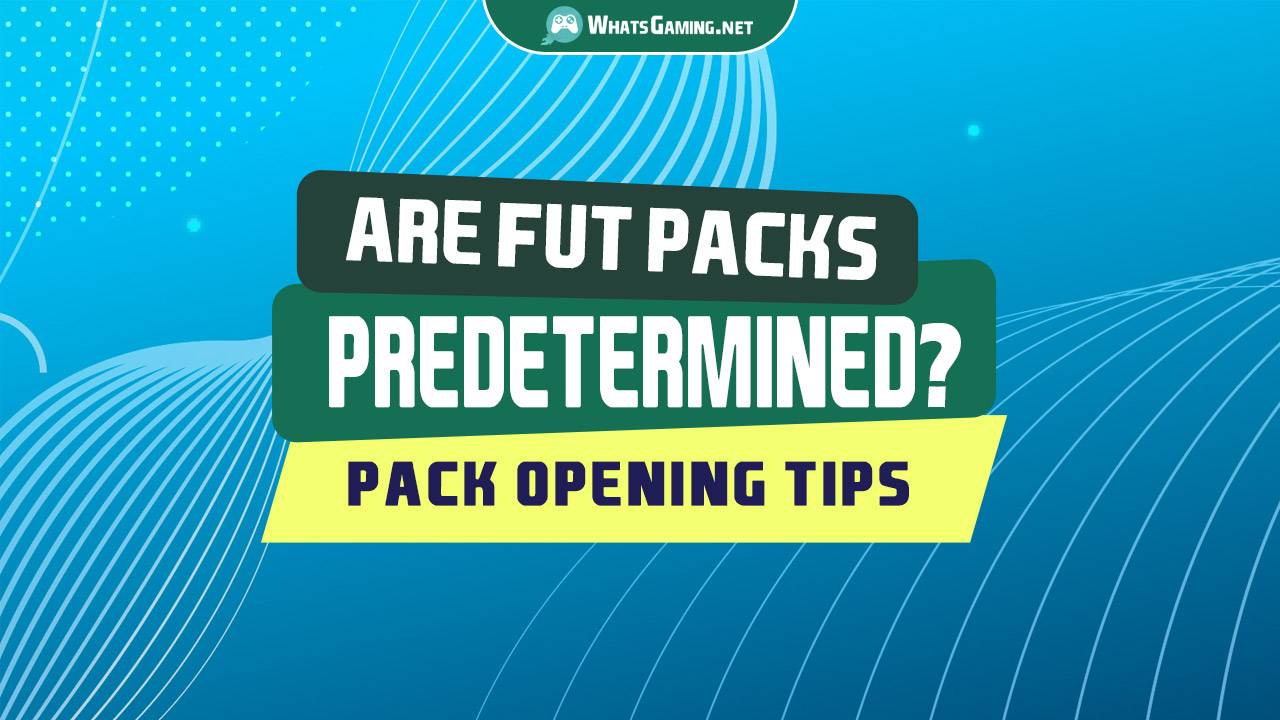 Opening FUT packs is based on luck! The packs give the game players a chance to get some of the best and expensive players in-game at great costs. It may be true in some cases but in others, it is often opposite. The FUT packs often have 6 to 30 items of possible contents. The contents can range from rewarding the game player to a combination of expensive players to include in the team. The packs are categorised in gold, silver, and bronze. They can be bought for virtual coins or real money.

Occasionally, in weekly events that are organised by Electronic Arts, unique packages such as Rare Players Pack and the ultimate packs. They give higher-priced contents in exchange for better packages. The likeliness of the profits is still low and still can be expensive for the average player. A question often asked by gamers on forums and other sources are if the packs are predetermined.

So, are FUT Packs Predetermined?

No, they are not. The game’s description states that the FUT packs are random, it means the players are placed in the packs without any order or rule. But being random doesn't mean the players are included in the packs at the time of purchasing the FUT Packs. Each pack has a chance of being presented to the tournament players. The type of players of the pack can be viewed easily by at the start button before opening the pack, but the players are not visible. According to the odds at stake, getting one or more players with scores above 90, 87, or 75 is probable. These players are displayed in their categories. To gain a better understanding of the packs, consider the odds of the player opening ratings and prices in the purchased packs. The packs bought by FIFA coins should then be analysed and removed. When it comes to evaluating the predetermined packages other questions come with it.

When are FUT Packs Determined?

Another common question that is asked by new and old FIFA players is if the FUT packs are determined at what point is the content decided. As explained by several forums the FUT packs are determined at the time of the opening. When you open the FUT pack, it will be determined what players you get. Saving the packs and opening them in later tournaments can also yield better results. Players have also received Team of the Group Stage (TOTGS) or Team of the Season (TOTS) players from packs they have saved for months.

While it is true that getting a more expensive pack will result in a better player, the potential loss is far more than just profits. The packs are available at different price points with the Jumbo Rare Player costing around 100k FIFA coins. Even with expensive packs few players with points above 75, 79 and 80 are reached. There have been some cases of the players getting lucky. At the opening, they might find bright packs, priced icons or special cards of best players at the weekly astronomical events. The rewards and players received in silver and bronze are different than in gold packs and can also vary depending on the coins spent. These packs are offered as prizes and in smaller packages.