EA Sports is celebrating the 13 years of Ultimate Team right now and it’s getting interesting. Every year, on the FUT anniversary, FIFA releases new player cards, themed-SBCs, Objectives, etc. So far, there has been plenty of content released for this promo, including, FUT Birthday Swaps, FUT Birthday special player items, login bonuses, SBCs and Objectives, and more! Let’s see what to expect from this promo this year.

What's going on in FUT on its anniversary

Basically, just like other promos, EA Sports releases two weeks of content in honor of FUT's birthday. The released content can be a huge help to FIFA players with their squad buildings. The idea is to celebrate the FIFA Ultimate Team mode by targeting players who have been used in the previous seasons as well as offering special cards with a star boost.

The cards released for the FUT Birthday event will have a Major stats Upgrade. Players will receive a 5 start upgrade to either their weak foot it skills moves! Therefore, their abilities hit a new level of experience in the game! In addition to the boosted cards, the system will also generate other festive treats such as Login Bonus, which occurs if you log into FIFA 22 during the FUT Birthday promo. The bonus is an untradable Rare Players Pack.

Note that an exchange system will be present, with FUT Birthday Tokens to be collected throughout the period via SBCs and objectives. We'll explain how the system works after introducing the released teams. The FUT Birthday player cards are divided into two teams. The event began on March 4, and the first team has been launched. The second team was launched on March 14. 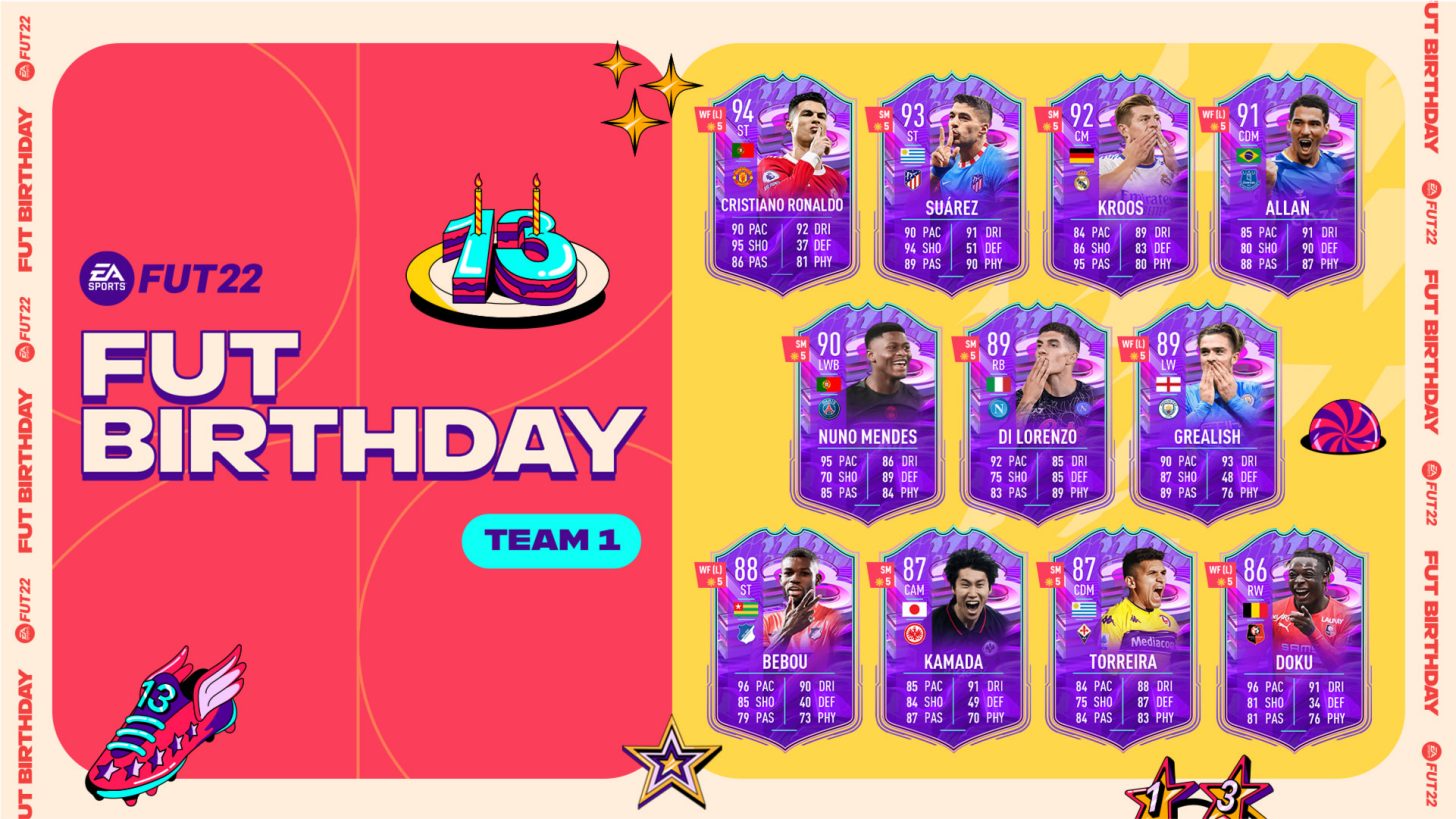 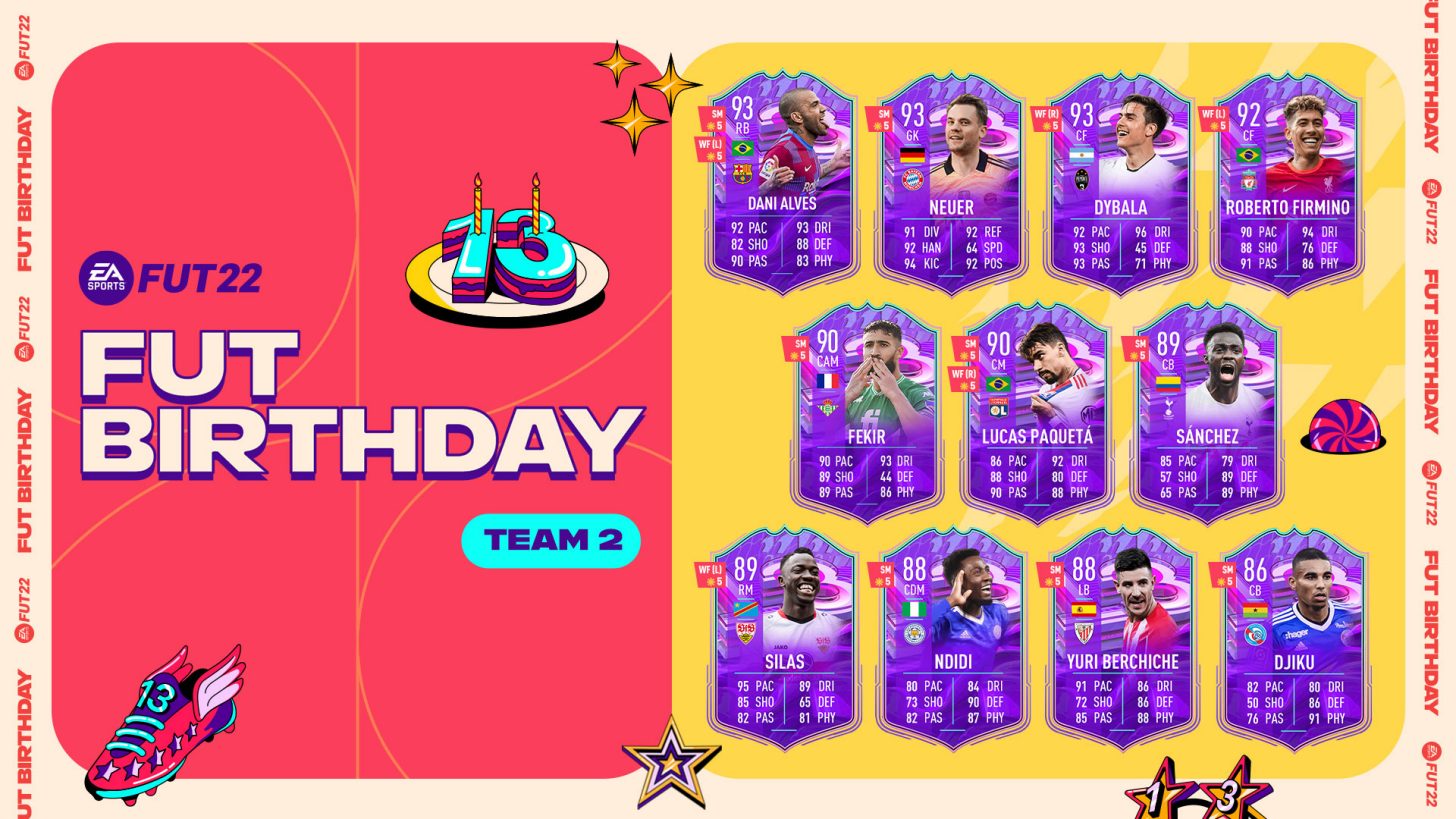 The mini-release team was containing 3 players which were released on March 13.

Just like Winter Wildcards and Future Stars, a Token Swap system is present in the FUT Birthday event. You can earn rewards in exchange for your earned tokens. You can receive up to 24 tokens during the two weeks of promo.

Note that logging into your account during the promo (between March 4th and March 18th), will give you your first FUT Birthday Token.

You can earn your tokens and exchange them for the rewards, according to the following list:

FUT Birthday players can be unlocked via SBCs and Objectives. The list of SBCs players has some interesting names including legendary players from the past 13 years of FUT. Here is the complete list of players who can be earned via FUT Birthdays' themed-SBCs:

That's it for the details about the start date, the list of players for the FUT's 13th Birthday event, and exciting ways to join and enjoy the promo. We hope you all participate and win great rewards during the promo. If you needed extra FUT coins for creating a squad and joining the Squad Building Challenges, you know you can always count on the WhatsGaming team. We set considerable discounts on our prices, therefore, you can buy coins even cheaper than before. Enjoy the event!